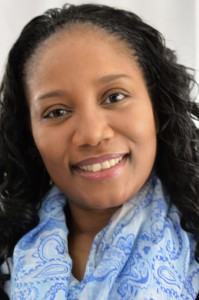 About the Founder -“For the Testimony”

Pure Royalty Foundation’s founder, Ingrid Wright, was graced with a southern upbringing. Her early childhood and adolescent years were spent in Alabama and South Carolina. She currently travels and resides on the East Coast.

Family and community observers discovered years ago that there was a call on Ingrid’s life to “teach” and “serve others”. As a child she spent summers playing “teacher” and giving away food to neighborhood children from her grandparents’ refrigerator. Her organizational and leadership skills were exemplified during elementary and middle school as she consistently worked the farm during the summers and saved enough money to purchase clothes for the upcoming school year.

Ingrid was baptized and filled with the precious gift of the Holy Ghost at the early age of seven. Her plight as a devout Christian girl began at Bible Light Holiness Church in Ridgeway, South Carolina under the leadership of the late Bishop Eddie J. Squirewell. It was at this church that she discovered her God given talent and ability to “sing”. This is also the setting where Ingrid received her solid teaching regarding biblical virtues for living. Her life of working in the church gave genesis here as she was involved in choirs, witnessing teams, “Vessels for Christ” ministries, and service to the church nursery. After relocating to Virginia and joining The Way of the Cross Church, Int., her work in the church thrived. As a teen she began teaching Sunday school and taught for 18 consecutive years. Other services to the ministry include choir member, usher, co-sponsor of community tutorial program, editor and publisher of local church youth newsletter, poetic expressions at church banquets, and youth program planner of events such as annual academic recognition services and periodic Singles’ banquets. Her service to the Lord soared to national heights as committee member of Daughter’s of Destiny, National YFC Way of the Cross Church, Int. recording choir member, and Mother Isabel Ford and National Youth for Christ scholarships of The Way of the Cross Church, Int.

Establishing Pure Royalty Foundation is considered Ingrid’s greatest spiritual accomplishment. The vision for this ministry was undoubtedly a Godsend evidenced the series of sleepless nights in the year 2000. A.C. Green, former Lakers NBA player, is credited with serving as the source of her inspiration. After Green’s appearance on Oprah (2000), Ingrid passionately began her plight of establishing an abstinence foundation. Her focus and passion for promoting abstinence is grounded in her strict spiritual upbringing.

In her spare time, Ingrid enjoys working in her abstinence ministry, reading, and watching her favorite television evangelists. She especially enjoys visiting thrift and vintage shops seeking diamonds in the rough.

Ingrid believes in life long learning as she has been formally educated at Hampton University, Regent University, The George Washington University, and Nova Southeastern University.In 2011,she earned her doctorate in educational leadership (Ed.D). These experiences prepared her for her roles as teacher and educational administrator.

She enjoys kingdom building work (of all kinds) and accepts the call to promote abstinence and character development.

Psalms 31:1, “In thee, O Lord, do I put my trust; let me never be ashamed: deliver me in thy righteousness”. Ingrid takes great pride in being set apart for “such a time as this”.